While hiking in on a Columbia Gorge trail with a work crew this spring, I remarked upon a large conical mass above the trail in Douglas fir forest. Most of my companions had not noticed the structure, so we began talking about the mound-building exploits of western thatch ants (Formica obscuripes). As we talked, I glanced across a dry creek and noticed another nest of similar size and shape. When I came back to the spot to measure, I noted that each nest was about five feet tall and formed an almost perfect parabola. Other thatch ant nests I’ve encountered have been somewhat asymmetric and lower to the ground. Each structure is chambered throughout, and the nesting chambers may extend as much as four feet under the ground. Nests may last 20 years or longer. 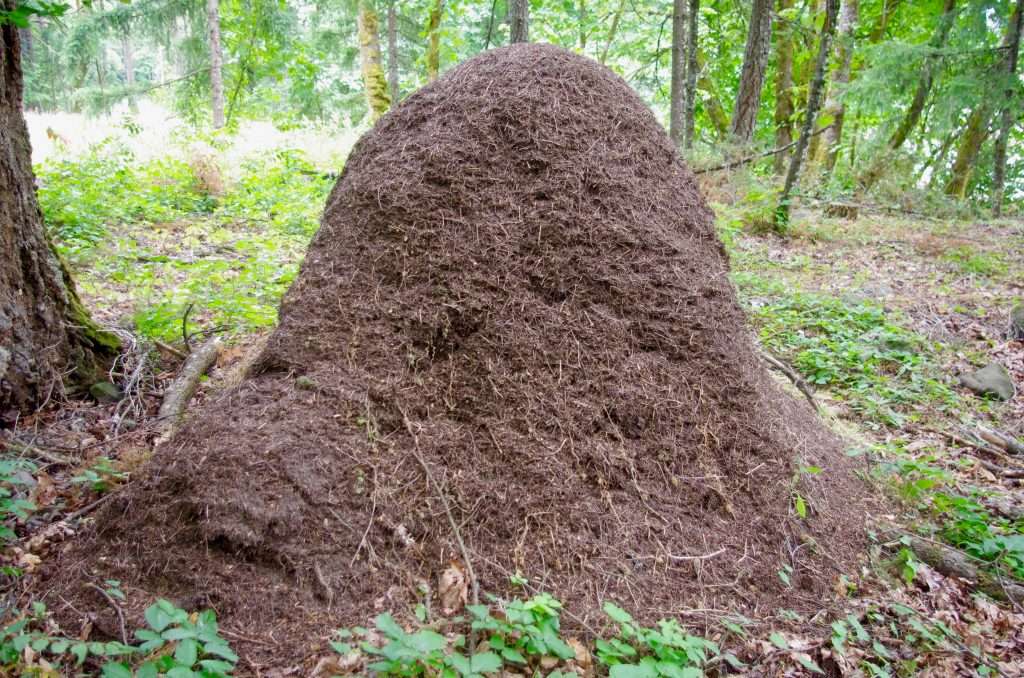 A five-foot-tall parabola-shaped ant nest in the Columbia Gorge. (Photo by John Sparks)

The western thatch ant is found across North America from the Pacific Coast to the Great Lakes. The red and black ants form colonies around one or several queens. There are three sizes of worker, and while there doesn’t seem to be a strict caste system, smaller workers tend to take care of the “brood,” the larvae; the middle-sized workers farm, pluck vegetation, and move the larvae; and the largest workers, often those most obvious to the casual observer, build the nest and attack larger insects and spiders.

One of the entrance tunnels, which only small workers were using. (Photo by John Sparks)

Thatch ants are omnivorous and bring snippets of vegetation and invertebrate prey to the nest. They are also farmers, cultivating honeydew-producing species of aphid and leafhoppers. Sometimes they will build smaller nests below the plant that hosts their aphid herd. They will fiercely defend their flocks, and gardeners have to decide whether they want to rid themselves of the ants and their aphids or reap the larger benefits of having a thatch ant nest on their property. The ants, tens or hundreds of thousands to a nest, will divest an area of insect pests. In eastern Oregon forests, there is a lower incidence of destructive invasive species, such as spruce budworm and gypsy moth, when thatch ants are in the vicinity. 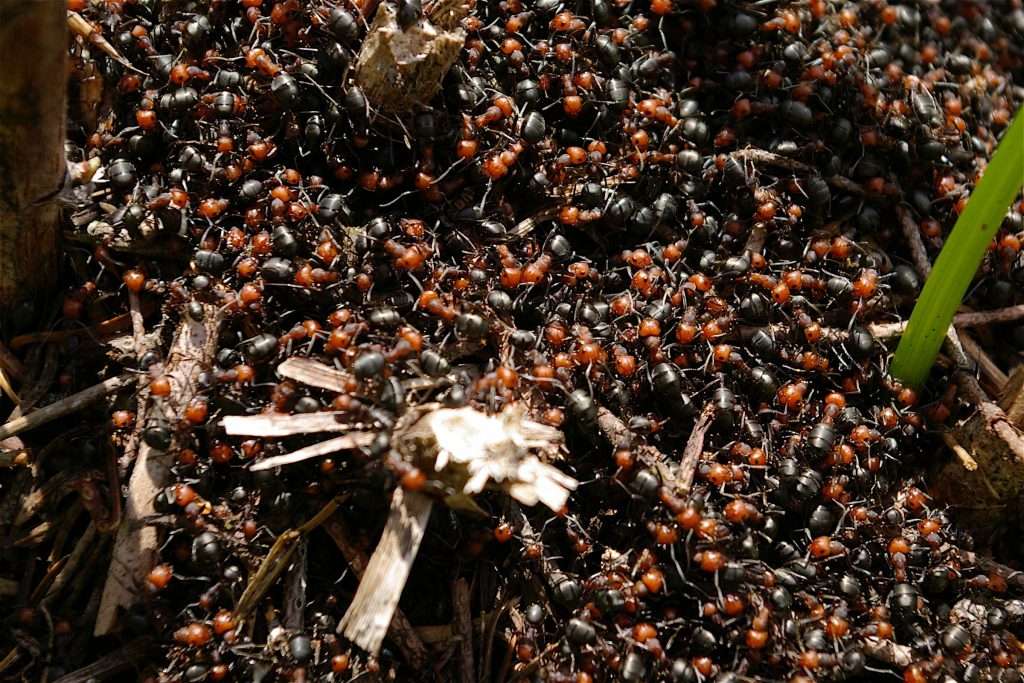 It was in the Blue Mountains of eastern Oregon that US Forest Service scientists found a supercolony of thatch ants. They counted 210 active nests, all cooperating with each other, and 56 million worker ants, not including those out foraging!

The ant colony functions like a well-oiled machine of multiple tiny moving parts. In summer, queens and males sprout wings and begin their nuptial flights. After mating, the males die, and the queens may found a new nest or insert themselves into an existing one by disguising themselves with the local pheromone. Eggs are laid throughout the summer, and the ants mature through the typical stages of egg, larva, pupa, and adult, the young being moved to different chambers as they metamorphose. Outside workers tend to be most active in the evening and early morning, but a cloudy day will see them swarming over the surface of the mound at any time. They will forage about 25 to 30 yards from the nest: My two nests in the Columbia Gorge were 50 yards apart and may have been two parts of the same colony. 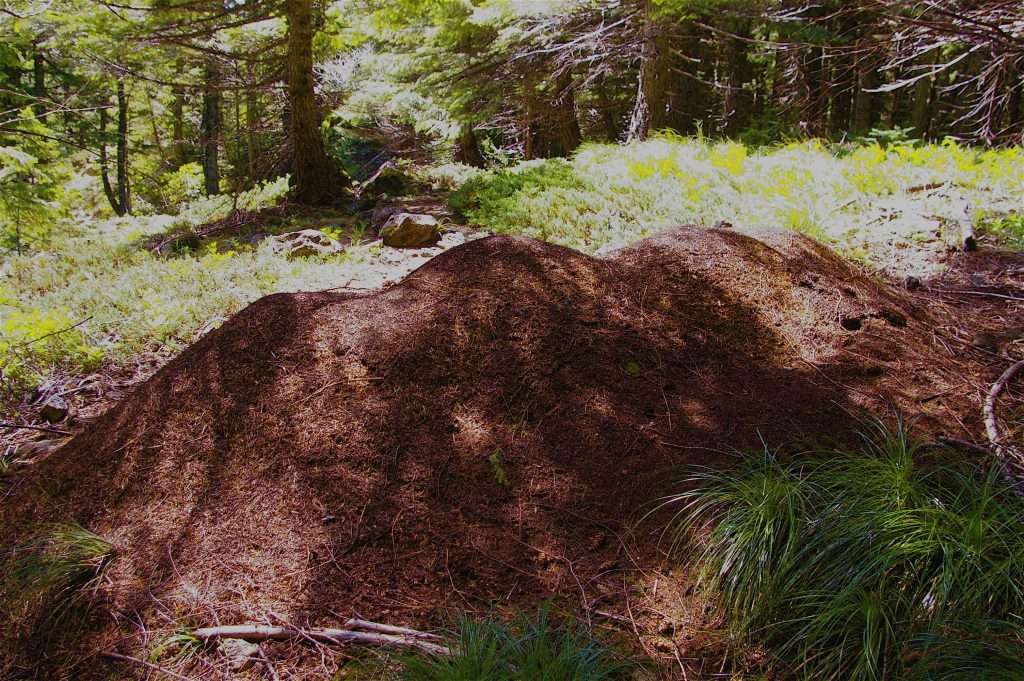 The largest nest I’ve ever seen—about 11 feet long—which I came across in the Table Rock Wilderness. (Photo by John Sparks)

Generally, ants build their nests where they can get some sunlight to incubate the interior of the nest. Some nests, however, seem to thrive under the forest canopy. The ants excrete formic acid to deter predators, but you will still see excavations in some nests where bears have attempted to get in to the succulent larvae. Crows, flickers, and kingbirds will feast on the outside workers as will toads. Don’t stand around a nest too long though—you’ll be swarmed by angry defenders!

The following video gives a good impression of the industrious insects in their element.