Oregon’s trail legacy is in trouble. For decades, our trail system has been underfunded and disrupted by logging and road-building. Today’s system is less than half of what existed only a few decades ago, while the hiking population has exploded, leaving many trails crowded and showing the effects of overuse.

Trailkeepers of Oregon (TKO) formed in 2007 to fight this trend with active stewardship to help restore threatened trails, to provide outreach and education to create hiker awareness of the threats to our trail legacy, and to advocate on behalf of hikers to ensure that our public land managers provide adequate funding and protections for our trails.

TKO tracks public land management across Oregon for opportunities to promote trail restoration and protection and to take a stand against threats to existing trails on behalf of Oregon’s hiking community. Some current projects that TKO is involved in include:

In 2008, the Oregon Department of Transportation (ODOT) abruptly closed the Mirror Lake Trailhead to winter parking, blocking access to this classic trail for hikers and snowshoers from November through April. TKO has worked with ODOT and the U.S. Forest Service to explore options for alternative winter access and possibly a new spur trail in the short term.

TKO has been working with ODOT and the U.S. Forest Service to resolve the seasonal trailhead closure at Mirror Lake.

In the long term, TKO is working with the Forest Service on a possible solution that would include a new parking area across US 26 from the existing parking area, and a new pedestrian bridge that allows hikers to avoid having to cross the highway to reach the trail. We are also exploring a second option that would involve a new spur trail to the Ski Bowl West parking area to provide winter access to Mirror Lake and overflow parking during the busy summer season.

In 2005 a section of the Timberline Trail trail was destroyed by flooding along the Eliot Branch, near Cloud Cap Inn. The deeply eroded canyon made repairing the existing crossing impossible, and has since closed this segment the classic around-the-mountain loop for nearly a decade. 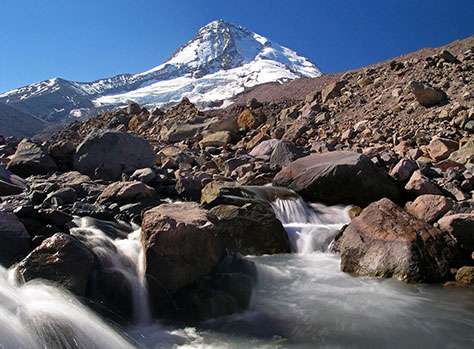 The Eliot Branch is Mount Hood’s most volatile glacial stream.

Recently, the Forest Service reached out to TKO with plans to finally build a new trail, downstream from the washed out portion of the Eliot Branch canyon. The new 1.5 mile trail segment will cross at a more stable section of the canyon and connect to the existing Timberline Trail just east of the Eliot Branch.

TKO is working with the Forest Service to define a role for volunteers to take part in this project, as there is high interest among hikers and trail advocates to be involved with restoring Oregon’s most iconic hiking trail. We’ll post periodic updates on this effort here as new details emerge!

In 2013 the Oregon State Parks department kicked off the first update to their recreation plan for the Columbia River Gorge in more than 20 years, and TKO has worked closely with a coalition of advocates to ensure that the updated plan addresses the many pressing recreation and conservation needs in the Gorge. 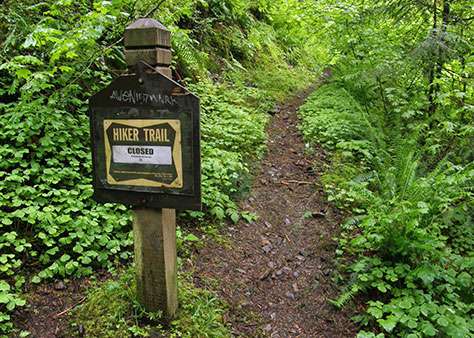 As part of the Gorge Recreation Coalition, TKO is working to rescue classic routes like the Perdition Trail that have been closed in recent years, while also proposing and helping to build new trails to ease overcrowding and provide new hiking destinations in the Gorge.

The Gorge presents a microcosm of the many threats to trails that exist statewide; some trails are suffering badly from overuse and crowding while others are fading away from lack of maintenance, despite rapidly growing demand for new hiking options in Portland’s backyard wilderness.

As part of the newly organized Gorge Recreation Coalition, TKO proposed several new trails throughout the Gorge that would bring new access to little-known streams, waterfalls and viewpoints. 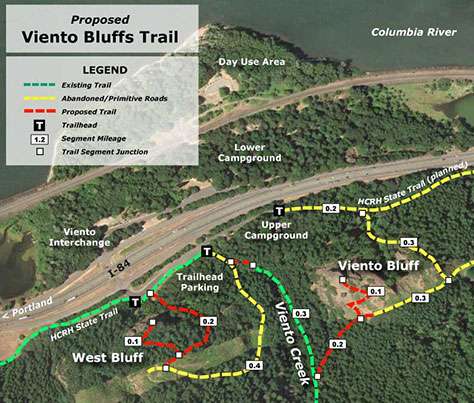 A new network of trails at Viento State Park was among several new trail proposals advocated by TKO that were included in the new Gorge Parks Plan.

On February 11, 2015, the Gorge Recreation Coalition testified in strong support of the plan at the Oregon Parks and Recreation Commission meeting, and the new blueprint for state parks in the Gorge was subsequently adopted by the commission.

TKO will now begin working with OPRD staff and members of the Gorge Recreation Commission to move forward on the new trail proposals included in the new plan. We will post updates on this next phase of our advocacy efforts in the Gorge here. You can learn more about the new Gorge Parks Plan here.

The Mount Hood National Forest has been reviewing its road system for potential closures and road decommissioning as the logging heyday of past decades fades away. The Forest Service simply cannot afford to keep the old roads open and maintained. 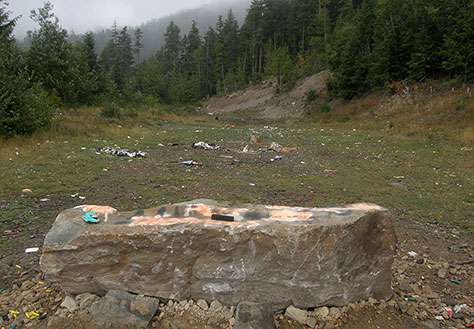 TKO has advocated for closing and decommissioning abandoned logging spurs like this that serve as havens for illegal dumping and target shooting, and threaten hikers on nearby trails.

TKO has commented on closure plans for the Zigzag, Clackamas and Bear Springs ranger districts, with an eye toward ensuring that no trails area lost due to road closures and the possibility of TKO partnering with the Forest Service to construct new trailheads and trail extensions where needed to provide continued trail access to historic routes. TKO has often worked in partnership with Oregon Equestrian Trails in this advocacy effort, seeking opportunities for both hikers and equestrians to protect or enhance trails as part of this sweeping new change in forest policy.

How You Can Advocate

Hiking is one of the most popular recreation activities on our public lands, and yet hikers are among the least organized among recreation groups. TKO formed to help reverse that trend, but our formal advocacy for hikers is just one piece of the puzzle. We need YOU to help by weighing in as a hiker! Our elected officials and land managers hear surprisingly little from hikers, so even a few letters, e-mails and voice messages can have a real impact.

To help you advocate for trails, TKO sends out occasional emails on current issues, along with our regular announcements for upcoming trail projects. You can sign up to receive these updates on our Contact page, or simply keep an eye on this page for issues where your advocacy can help. 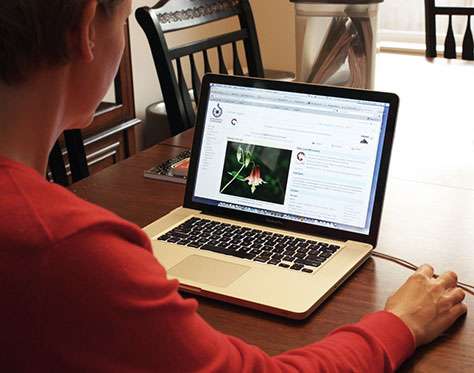 What is the best way to weigh in? While TKO will often provide a few points to convey, it’s best to put your concerns in your own words, with specific examples:

These are just a few points to help you weigh in, and don’t wait until TKO prompts you! If you see something threatening trails or hiking in your corner of Oregon, roll up your sleeves, start typing or even consider making a call to your representatives – you can make a difference! Here’s how to contact your elected officials and major public land agencies in Oregon:

(click here for a map of Oregon congressional districts)

Bureau of Land Management (Oregon)
The BLM manages a patchwork of public lands throughout Oregon, including much of Oregon’s high desert country.

Oregon Parks and Recreation
This state agency manages all Oregon State Parks and waysides, including Saddle Mountain, Silver Falls, Smith Rock and many other parks with hiking trails in the Columbia Gorge, along the Oregon Coast and across the state.

Oregon Department of Forestry
This state agency manages the Clatsop, Santiam, Tillamook, Elliott and Sun Pass State Forests, and manages popular trails at places like Kings Mountain and University Falls in the Coast Range and Butte Creek and Shellburg Falls in the Cascades.